The singer Carlos Gardel says in his famous tango called ‘Volver’, that ‘twenty years are nothing’ and only wearing silver in your temples as the song follows it is possible to understand this.

Looking back to all you have lived and all which has been built becomes a beautiful nostalgic exercise. To look for a memory in those old photographs, the naïve look of youth, that spirit which tries to build something new under the hope of coming back or getting that energy back that pushes us forth, all of these becomes a real quest.

Today is the 20th anniversary of a dream dreamt by two young girls from Málaga who tried to give a tangible shape from their scarce possibilities through specific gestures. And it is well known that ‘it is a truth universally acknowledged that if two young people decide to start a project, nothing will stop them.’

The wish of building up something unaffected united with the abilities to make it possible the opening of a window to the world that would let them communicate and be communicated with others.

The reason was a great love for literature and specifically the admiration awakened in their minds and hearts by Jane Austen.

It is always exciting the thought of more than one person willing to share and learn. Apart from this need essential to the human being, our steps towards it started twenty years ago aiming to be able to talk about and enjoy the English writer.

Hardly had it started when new ideas flowed widening the literary spectrum; ideas which combined in the sisters’ minds and that shaped thanks to their skills and technical knowledge.

This way little by little, the path widened as well as the wish of posting, researching, commemorating and going on sharing and learning.

Web pages gave place to physical meetings in real and virtual settings which would flourish giving humanity, contributing to a personal growth, generating tea moments, talks of different nature and finally, to a closer contact among people.

One of our greatest rewards in this path is to believe that we could reach other places building up bridges between different people.

Looking back to the past and the vital path drawn by our steps make us wonder about the present and the future. That far away idea or start was not set thoughtlessly or like a game but as the result of a grave proposal of two young minds convinced then that it would not be passing. What will the next years bring? Whatever may happen, we want to thank the strength and will who push that reality which has given us so many rewards and which definitely has happily influenced our lives.

Thank you all and thanks to Jane Austen. 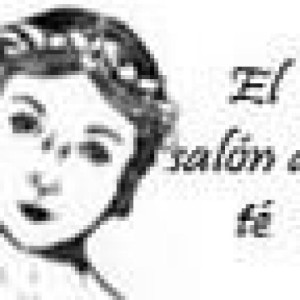 20 Aniversario: The Accomplished Lady (or Gentleman)